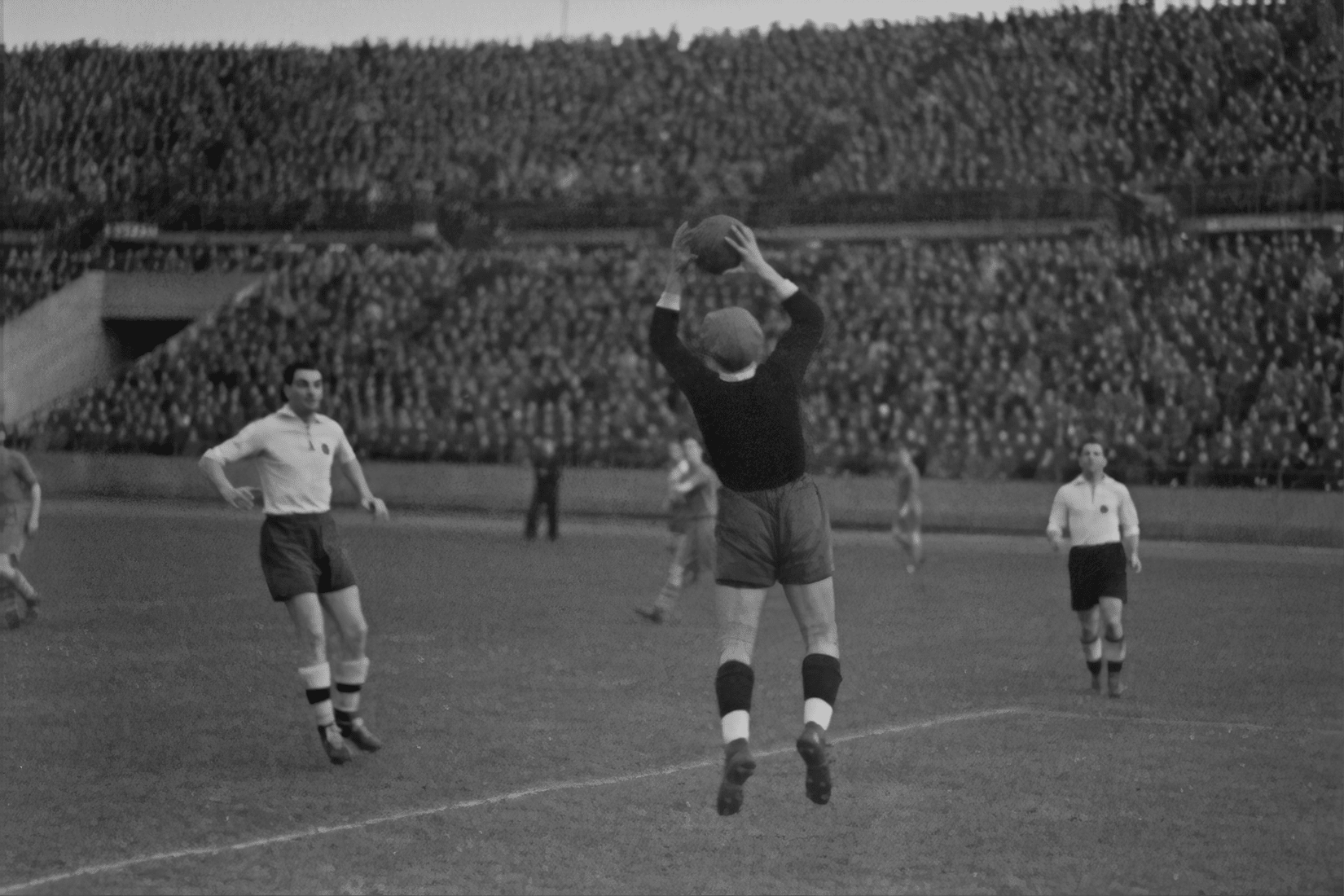 When the land was allocated as mining pits, the area started to attract laborers and their families. The men, most often, worked underground, with sons waiting for the time they will follow their father’s footsteps in the mines. Their mothers and sisters took care of the household or worked in auxiliary jobs. Families became part of an extended family of miners. In a society with very little to enjoy, football not only became a leisure activity but a banner for their society. Today, as mines are being replaced by other energy industries, football clubs linked to the mines are still important in different national divisions. Look at Roda JC, for instance! It is a miner football club from Kerkrade that has a nickname “De Koempels”. Ukrainian football club Shaktar Donetsk bears a mining symbol in its logo as many other mining related football clubs. Among these, several Dutch clubs from the Limburg region are still remembered in the history of Dutch mines. 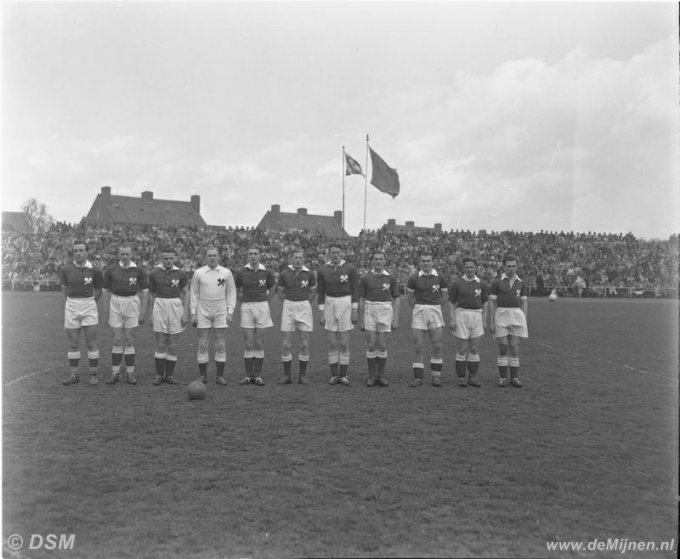 In the western mining area, the amateur football club Staatsmijn Maurits was named by miners after the mine site in Geleen-Lutterade on 15 June 1926. A decade later, SV Maurits replaced the first club. The Limburg Football Association was the first organization in which SV Maurits played games until it transferred to the Royal Dutch Football Association in 1942. In the center of Geleen-Lutterade, just at the gateway to the Maurits Mijn, a modern Maurits Stadium was built for and by miners, they could watch their favorite club on Sundays. The club came third after Limburgia and Blauw Wit for the cup in the national championship in the 1949-1950 season. 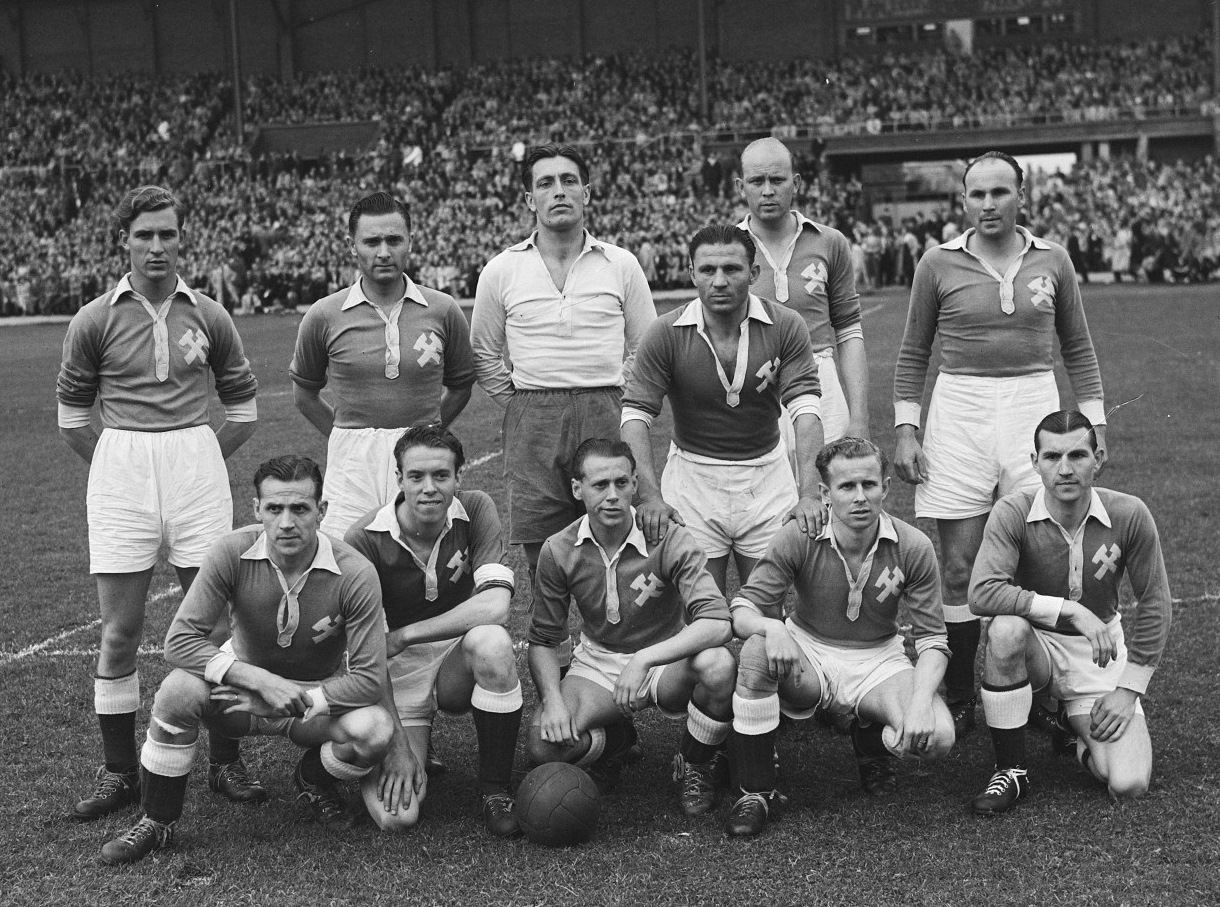 On July 14, 1936, Sportvereniging Limburgia was formed with the change of name from Sportvereniging Stm. Hendrik. The club enjoyed several regional successes in the following years. However, in 1949 in an accident, 13 miners lost their lives. The father of Sjra Jacobs, goalkeeper of Limburgia, among them. Two years later, the same club became KNVB champion after a match they won against AFC Ajax, 6-0. This is the biggest success in mining football culture. A decade later, when professional football was introduced in the Netherlands, Limburgia lost popularity. The club was first relegated to the Tweede Divisie (Second Division) in two years, then found itself in the amateur divisions. In the turn of millennium, the club merged with RKBSV to become BSV Limburgia. 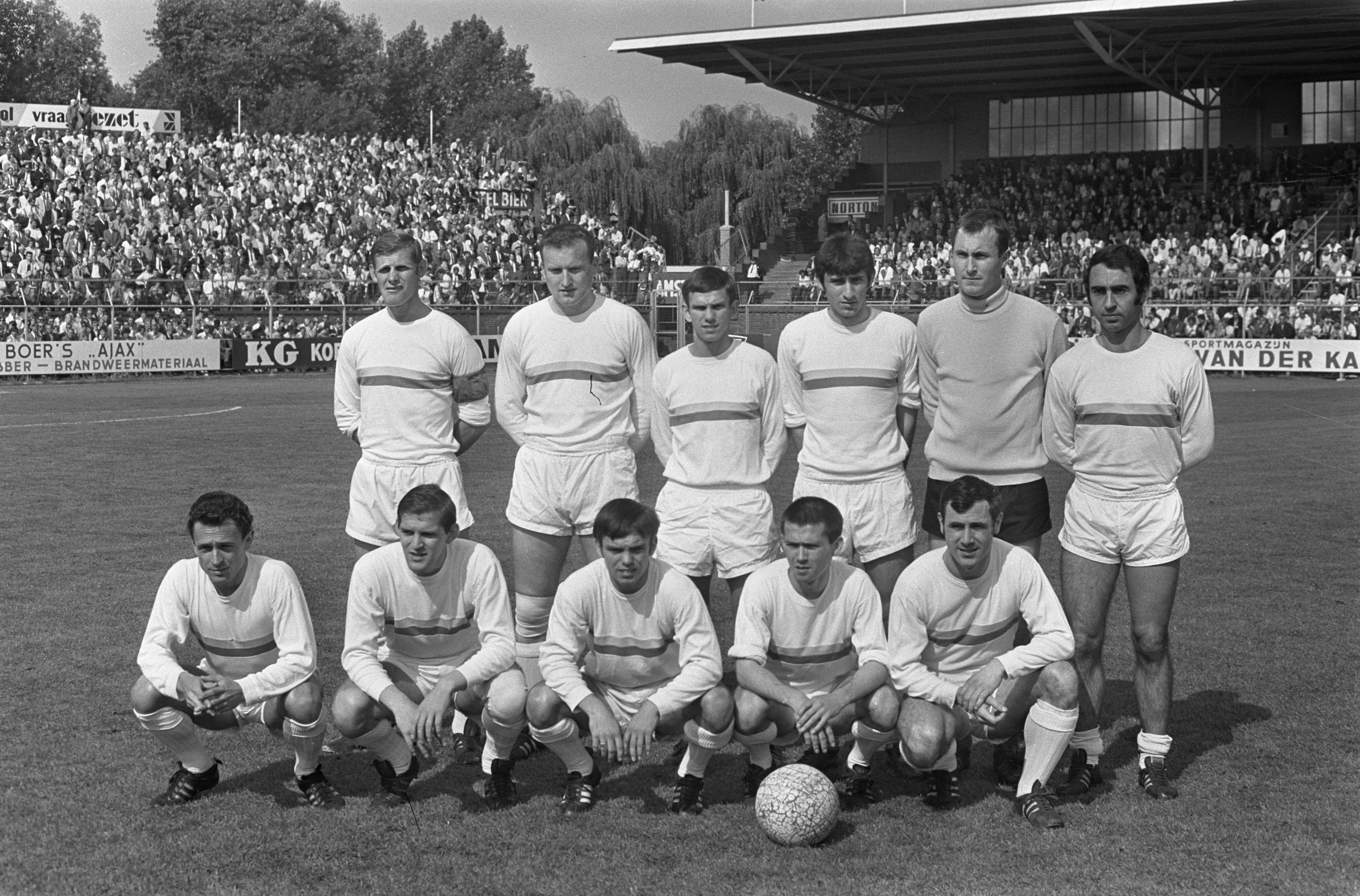 In the same year that the Dutch Football Association was founded with the aim of professionalising football in the Netherlands, Fortuna '54 was initiated by Gierd Joosten in the same region as SV Maurits. The club shared the Mauritsstadion with SV Maurits. After the mine was closed, the success of Fortuna '54 also disappeared and the club was forced by financial troubles to merge with Sittardia, another professional club from neighboring Sittard. This is how the Fortuna Sittardia Combination (FSC, later renamed Fortuna Sittard) was created.

Roda JC Kerkrade is one of the major football clubs in the Limburg region located in Kerkrade. The team is known as the “coal-miner’s club”. It is called this by locals with pride and respect. Even though the last coal mine closed in the 1970s, the team continues to carry its name. The club is widely known by its nickname, de Koempels (Miners). Fourteen years after moving to the Parkstad Limburg Stadium in 2000, the West Stand in the stadium was renamed ‘Koempel Tribune’ (Miner Stand). The team merged within several clubs from Kerkrade in 1972, and it is linked to the mining culture of the area.
Previous: Leisure Time
To the Collection
Next: Lamps