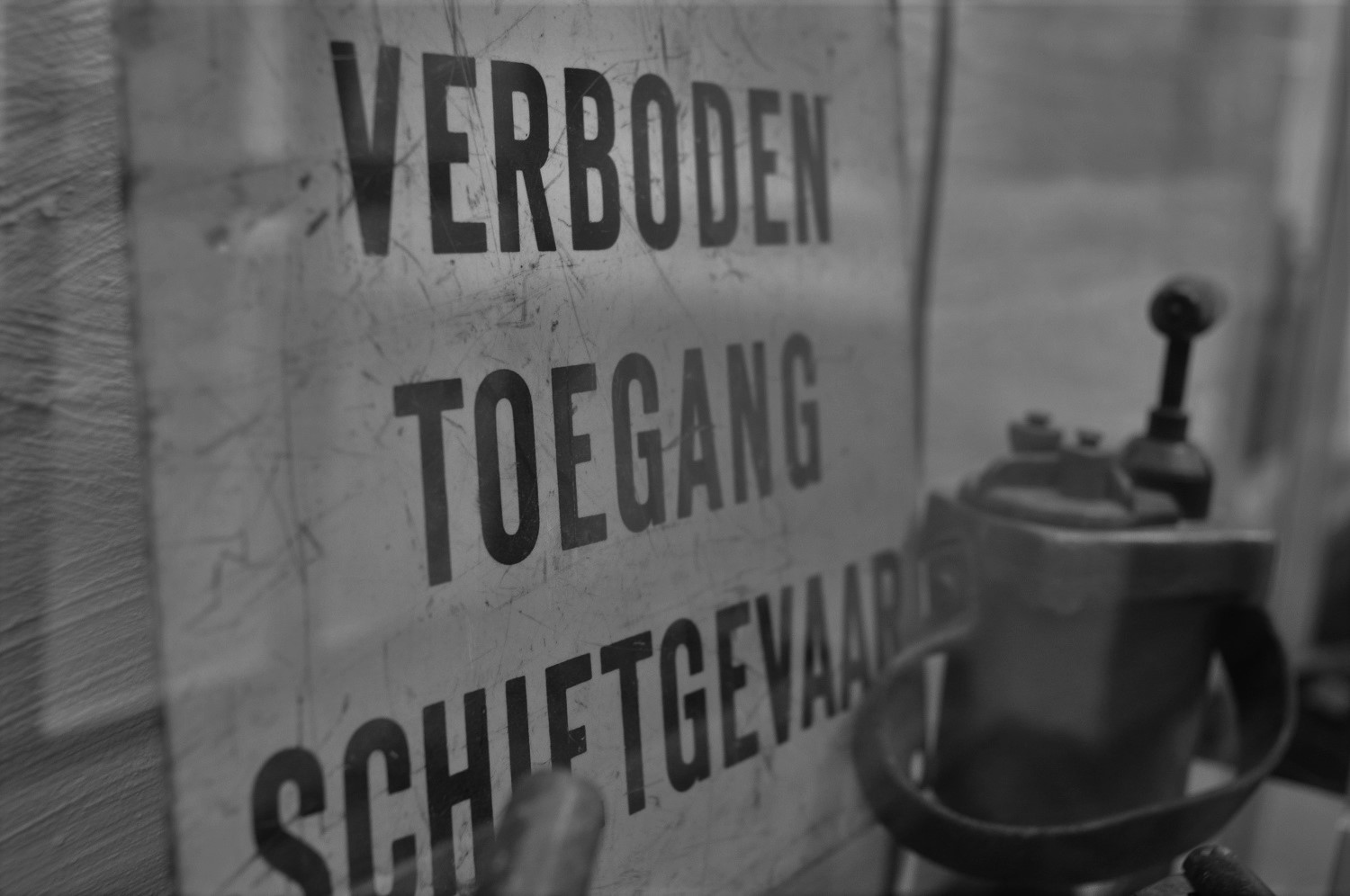 One of the oldest and maybe also most important means of communication in the underground mines were signs. Signs indicating directions, sources of potential danger, or forbidden actions were an essential part of the communication system. To simplify and accelerate the understanding of the signs’ meaning, mines established colour systems.

Understanding the colour system and signeage more generally were essential for the miners safety. Supervisors were responsible in ensuring that they and all their staff knew the meaning of each colour and the symbols on the signs (Coresafety, 2013, p.3-4). 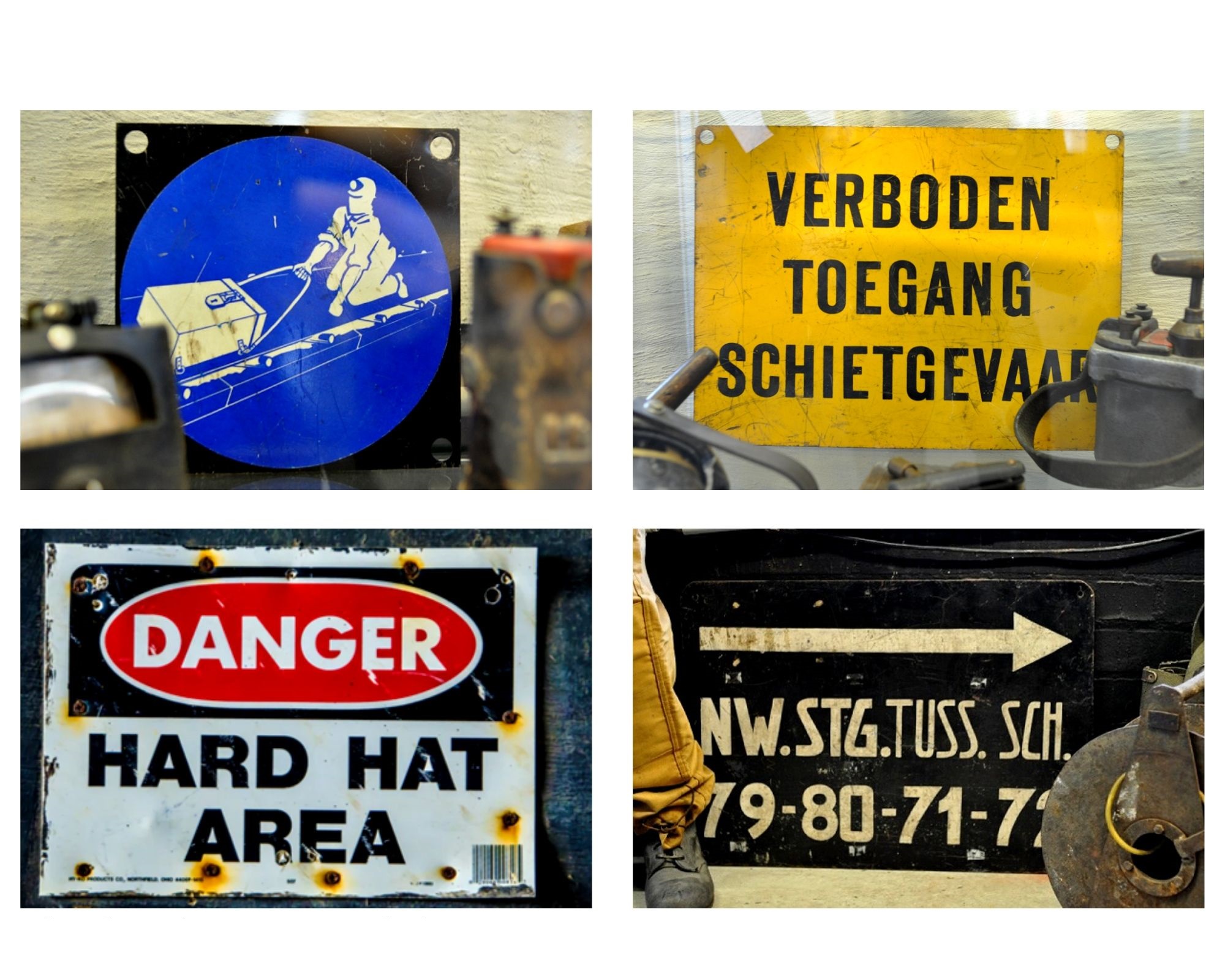 White Helmet by 3dnederlandsmijnmuseum on Sketchfab

There was another colour system for quick and easy visual communication: different helmet colours that indicated different positions or roles within the organisation. This way it was easy for workers to quickly identify whether someone was an electrician, a supervisor, or mine worker.

Explore the 3D model of the helmet: Turn it around, zoom in and click the different annotations to find out more.

To make sure you will remember – let’s play a quick game! Drag the helmets to the field of the corresponding profession.

One of the non-technological but highly efficient visual communication systems were colliery check systems. These became common during the late nineteenth century and informed management as to who was working underground at any point in time. Additionally, the check system became vital when rescue services needed to know how many men were trapped underground in case of an emergency like roof falls or fire.

Just like other communications systems, check systems also developed over time and by the late 1970s a three check system (safety check system) became common. In this system the initial lamp token was replenished by two additional tokens – one that was handed to the banksman before descending the shaft and one that the worker kept with him during the shift.

Tokens were typically coined with a number as well as the mining company’s name and existed in a variety of different shapes, sizes, colours, and materials (Thompson, 2013). 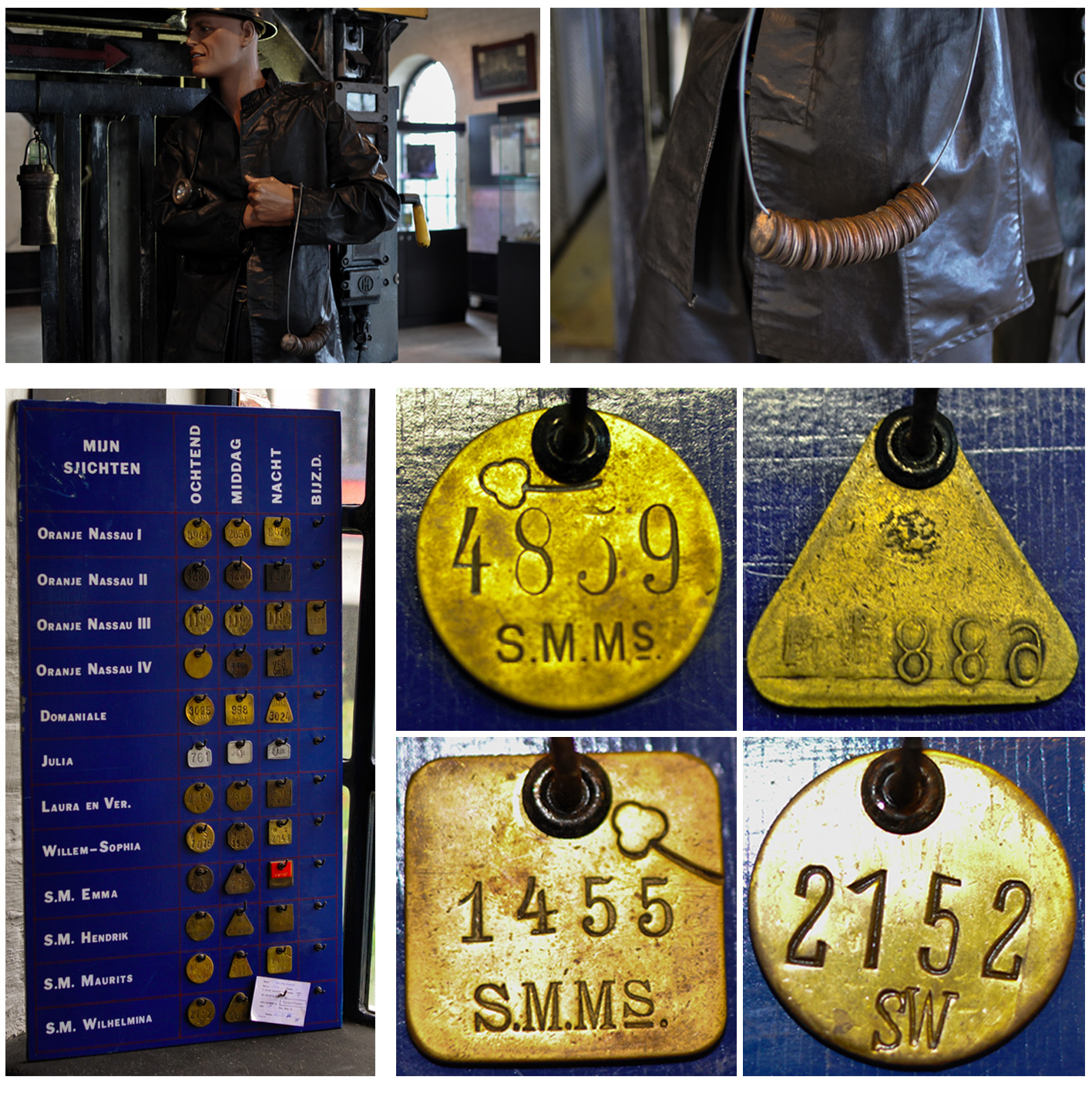 Due to poor lighting conditions and loud machines, miners also communicated through their head lamps.

There was also a warning system using coloured lights: a red light warned miners of danger, indicating they should not enter without permission or to evacuate the area, a yellow light indicated caution and warned miners of a potential hazard or limited access (Coresafety, 2013, p.11).

Time to test your knowledge!

Previous: Communication
To the Collection
Next: Audio Systems