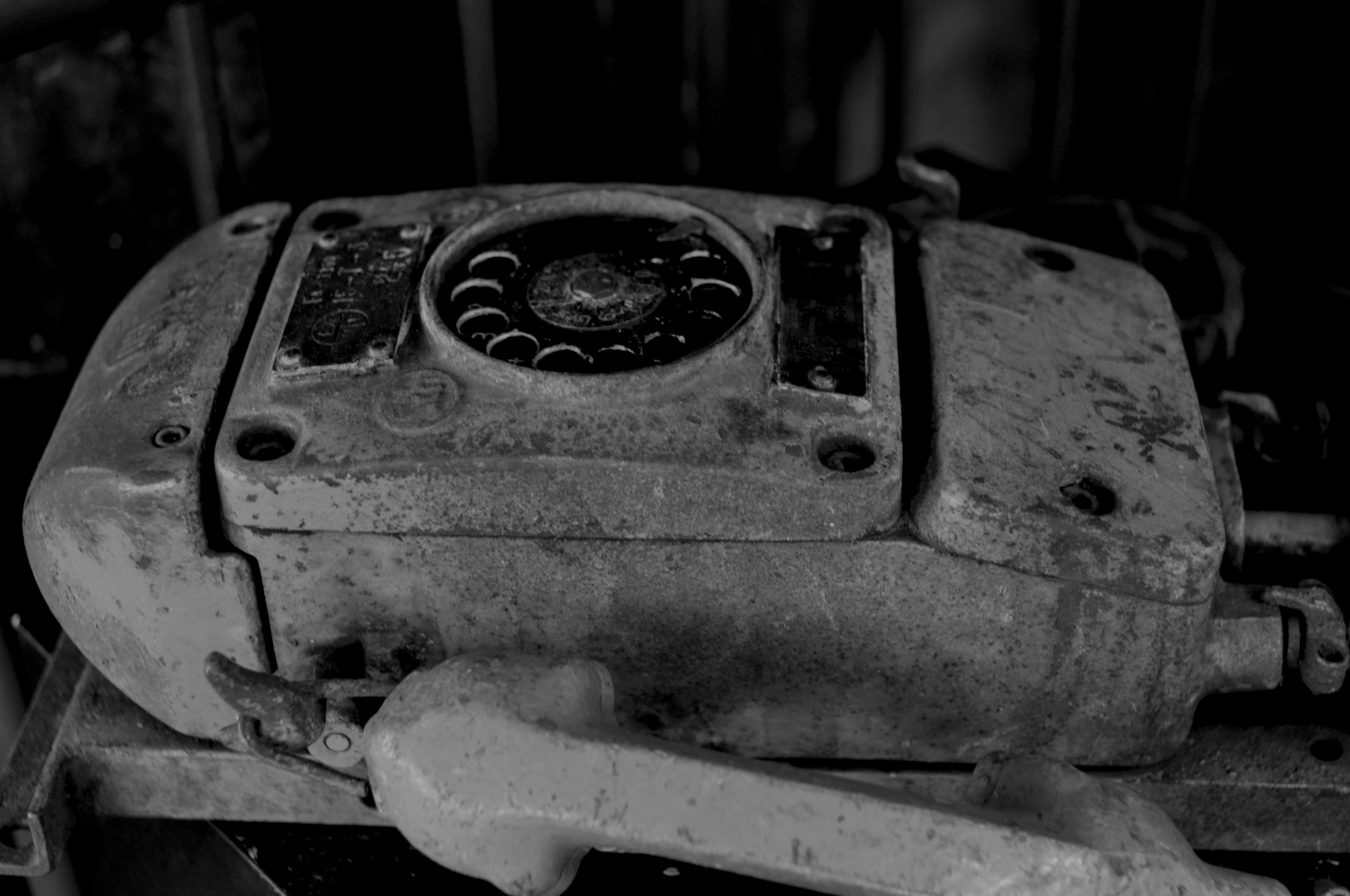 Due to the poor lighting conditions in the mines, it was really important to also have reliable audio communication systems. In this section, you will explore how the miners made use of their own mining language, the shaft signaling system, and phones to communicate in this harsh working environment.

The discovery of coal beneath Limburg in 1901 and the beginning of its commercial extraction caused many immigrants from all over Europe to move to the area and work in the coal mines. As a consequence, the social dynamic of the workforce was shaped by multi-ethnicity and multi-linguality. Throughout the years the workforces in different mines developed their own “languages” and common words or sayings.

Underground we didn’t have a real language, it was our own language. You cannot compare it with an existing language.

One example would be “Cité-Duits”, a local miners’ language that emerged in 1930 in the village of Eisden, now part of Maasmechelen. The diverse workforce consisted mainly of immigrants from Hungary, Slovenia or Silesia who had at least a very basic knowledge of German. Accordingly, German was used as the “base for a common language, while gaps were filled with the Limburg dialect, Dutch terms and words from all over Eastern and Central Europe” (Lambrechts, 2017).

Elevator Bell by 3dnederlandsmijnmuseum on Sketchfab

With the rapid development of new technologies for coal extraction in the late nineteenth century, traditional ways of communication like acoustic signals through hammering against pipes or metal chains were not robust enough to satisfy increasingly complex communication needs.

By the end of the nineteenth century, shaft signaling systems were implemented in mines as one of the oldest electric remote signaling systems underground. These were used for communication between the hoistman and the workers requesting a cage. A board that is displaying the system of different acoustic signals was placed next to the shaft elevator (“Kommunikationstechnik unter Tage und die Geschichte des Grubentelefons | Getrenntes Bewahren – Gemeinsame Verantwortung”, 2019).

Explore the 3D model of the Shaft Signaling System: Click the annotation to learn more and zoom in to see the details.

By the early 20th century, mines began to employ telephones connected by a cable strung throughout the mines. Complementing the shaft signalling system, telephones quickly became indispensable. They basically worked the same way as phones used above ground, but in order to make them robust and resistant to the harsh conditions underground, like varying humidity levels, wide temperature ranges, and dust or corrosion, they were protected by an explosion-proof cast-iron housing (McKern, 2016).

A party-line connected phones in different working sections above and below ground. These phone systems were easy to install and maintain, but since they were fixed to certain locations, workers had to stop their work in order to make or answer a call (McKern, 2016).

Explore the 3D models of the static mine telephones: Turn the models around and click the different annotations to get more information.

Listen to the sound of one of the old rotary phones dialing:

… and who were the people behind these technologies?

Nico Maar (76) used to work in the mines as an electrician and phone man. In the video he talks about his experience and responsibilities working underground.

Previous: Visual Systems
To the Collection
Next: Daily Life